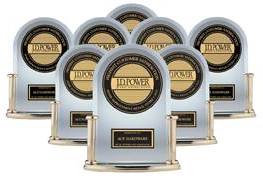 “At Turner Ace Hardware, we strive to meet and exceed customer needs year after year, and we’re proud to be part of the family of Ace stores that are all committed to delivering a more personal kind of helpful,” said Mike Turner, Owner of Turner Ace Hardware. “Our neighbors know they can depend on Ace’s dedication to superior service.”

The J.D. Power study is based on responses from more than 2,900 consumers who purchased home improvement products or services in the previous 12 months. Ace Hardware ranked highest among major retailers with an overall satisfaction index score of 791 on a 1,000-point scale. According to consumers, Ace performs particularly well in the staff and service category. The score is based on performance in five areas: merchandise, price, sales and promotions, staff and service, and store facility.

“We are honored and humbled to receive this recognition from our valued customers for the eighth year in a row,” said John Venhuizen, President and CEO, Ace Hardware Corporation. “We believe we are blessed to be in the business of serving others, so it is encouraging to see our local Ace owners and their teams of ‘helpful hardware folks’ ranked so highly by consumers. I know the Ace team views these awards not with arrogance, but with a humbled determination to even better serve their communities.”

For 90 years, Ace Hardware has been known as the place with the helpful hardware folks in thousands of neighborhoods across America, providing customers with a more personal kind of helpful. In 2014, Ace ranked “Highest in Customer Satisfaction with Home Improvement Retail Stores, Eight Years in a Row,” according to J.D. Power. With more than 4,850 hardware stores locally owned and operated across the globe, Ace is the largest hardware cooperative in the industry. Headquartered in Oak Brook, Ill., Ace and its subsidiaries currently operate 14 distribution centers in the U.S. and also have distribution capabilities in Shanghai, China; Panama City, Panama; and Dubai, United Arab Emirates. Its retailers’ stores are located in all 50 states, the District of Columbia and approximately 60 countries. For more information on Ace, visit www.acehardware.com.

Disclaimer: Ace Hardware received the highest numerical score among retail stores in the proprietary J.D. Power 2007-2014 Home Improvement Retail Store StudiesSM. 2014 study based on responses from 2,948 consumers measuring six stores and opinions of consumers who purchased a home improvement product or service within the previous 12 months. Proprietary study results are based on experiences and perceptions of consumers surveyed January-March 2014. Your experiences may vary. Visit jdpower.com. 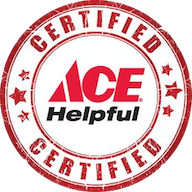 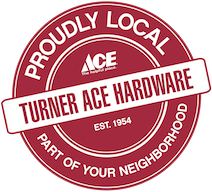